Absorbent booms are used to contain aqueous film forming foams (AFFF) from spilling into the surface water near a scene of a Class B fire of a tanker truck at an off ramp of the Interstate I-95, in Bensalem Township, Pennsylvania, on February 7, 2019. Aqueous film forming foams (AFFF) used in fighting fires of flammable liquids or flammable gases, oils, solvents and alcohols can contain sodium alkyl sulfate, fluorotelomers, perfluorooctanoic acid (PFOA) or perfluorooctanesulfonicacid (PFOS).
The United States Environmental Protection Agency (EPA) is expected to release updates on tests of per- and polyfuoroalkyl substances or PFAs pollution in public water supplies for 16 million Americans in 33 states, including Pennsylvania. The federal report is delayed due to January 2019 shutdown. Reps. Brian Fitzpatrick, Republican of Bucks County in Eastern Pennsylvania and Democrat Dan Kildee, of Michigan cochair a bipartisan task force in the House of Representatives, formed to take on the growing PFAS Contamination Crisis. The usage of foam at nearby former military bases is linked to tainted drinking water, affecting tens of thousands of residents in Bucks and Montgomery Counties in Eastern Pennsylvania. 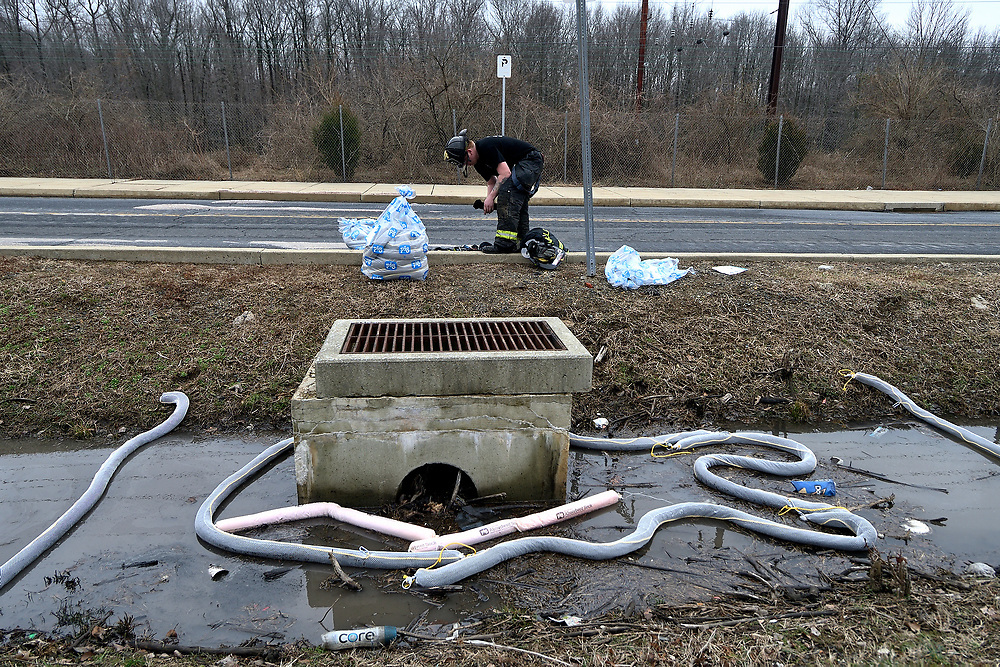